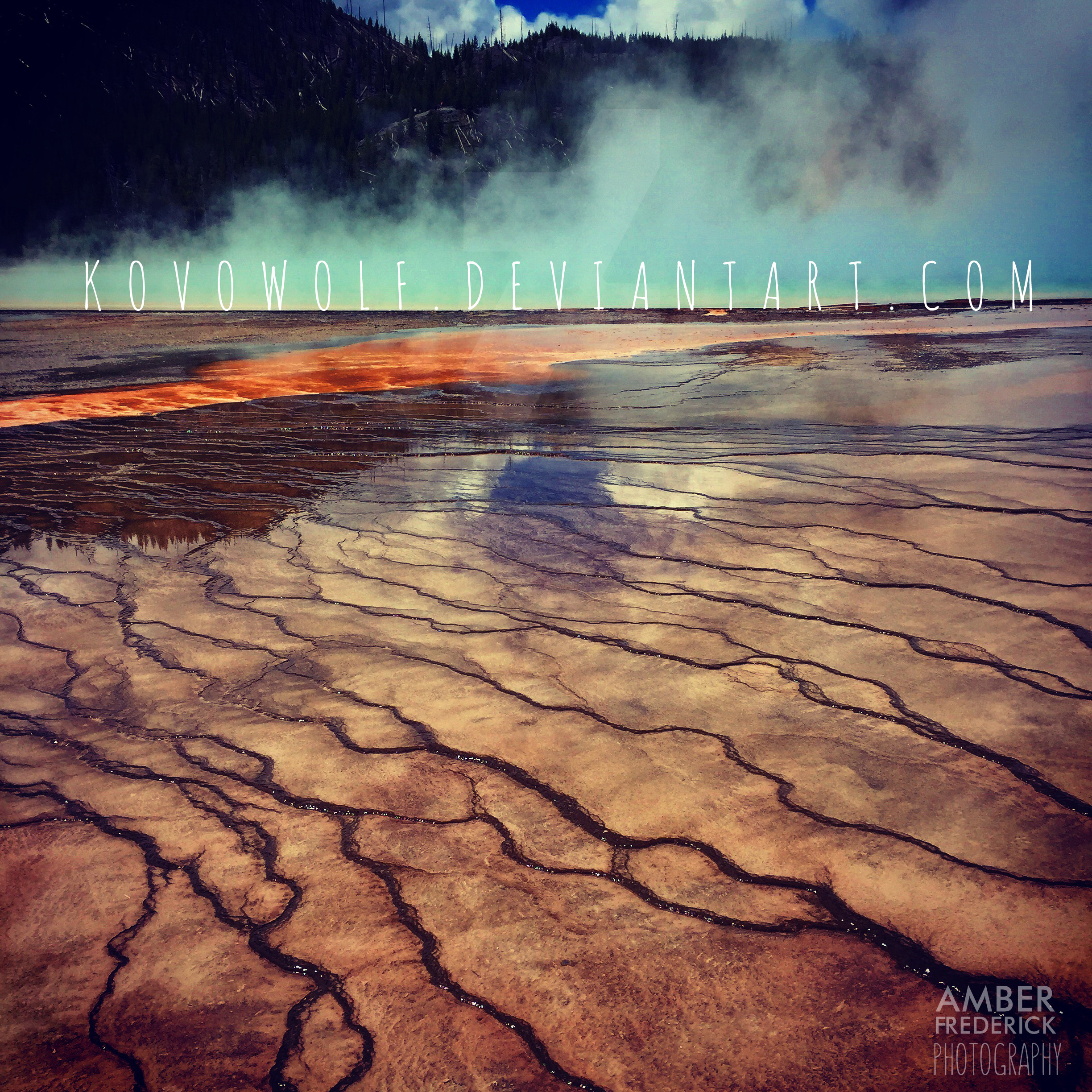 The Diary Of An Adventurer

My Adventure In Yellowstone

“Not all who wander are lost”

On May 16th I embarked on a journey to Yellowstone National Park with family. There’s nothing that can truly describe the sense of renewal from this trip despite all that had transpired that tried hard to bring it down. A total recharge. So if you are interested in what I’ve been doing for the past 2 weeks, feel free to continue reading!

Yellowstone is a place that truly inspires and renews. It’s a place where anything can happen and discoveries are made all the time within yourself and around you! There’s never the same thing twice when you visit and your experience will last a lifetime. Yellowstone has breathed new life within me and I can’t wait to share what inspirations are a direct fruition of my adventure.

On the road again, can’t wait to get on that road again! At around 10:30AM Wethrildae and I where off. Unfortunately it would seem that my husband contracted some sickness after returning from Anchorage Alaska for a conference so we where focused on trying to get him better. With that in mind; Texas was becoming a blurr in the background behind us. Windows down, a cool breeze at our backs and thennnnn……Storms. Lot’s of them. Like a roaring lion expanding it’s call in the distance it reared it’s ugly head. Dark and ferocious clouds with the promise of hail approached us and fast. As soon as we breached beneath those dark clouds loud hail and rain began to fall for at least 2 miles. We pressed on determined to get through it for fear we’d crack our brand new windshield ( we literally replaced it a day before our trip ). After an intense shower we finally made it through! Phew. Phew. We can breath again.

All seemed well and the trip continued to press on. We get a phone call from the in laws. We expected it to be like every other call like “here’s where we are on the road” call. I pick up the phone and my mother in law seemed to be slightly stressed. I asked what’s going on. Apparently while driving through Nebraska the winds where so high that it ripped the top of their just bought ( older ) pop up camper’s top right off. They bought it just for this trip. Nooooo. Are you kidding me?! Sadly it was no joke. Luckily no one was hurt and no one was behind them otherwise it would’ve ruined the entire trip before it could even begin. Broken and battered they drove it to a tractor shop. The manager came out and helped them wrap up what was left with tarp and shrink wrap. They where then on their way. The plan now was to meet up in Cheyenne WY. They found a Manards parking lot and that’s where we all met up. When we got there we hugged and laughed at the situation. We where more content in seeing each other well and safe then the crippled camper. What else could we do? So sad. The goal was then to buy some Gorilla tape ( best tape ever ) and wrap the whole thing up to ensure there was no more wind blowing the tarp around. The shrink wrap, by then, had all but tattered and frayed off. The spare tire was removed and wrapping began. Content with the job about 30 minutes later we drove off to get something to eat. As soon as we sat down for our meal my father in law remembered that he forgot to put the spare tire back on. Damnit.

Quickly we finished our meals, paid and drove back to Manards. As soon as we crested the hill the tire was gone. Gone. Seriously? Not even a half an hour and someone already swiped it? With a last ditch effort ( and some hope ) I ran into the store and asked if anyone turned it in. No.

“Well… here’s hoping they don’t’ get a flat” I thought to myself then proceeded to knock on some fake wood. Hey, its all I had.

We where on the road again. The landscape was beautiful. Rolling green hills and beautiful topography was there to greet us. Our destination for the night was Rock Springs.

“Blessed are the curious for they shall have adventures”

Renewed and refreshed after our stay in Rock Springs we continue our journey with full bellies and smiles. The drive was peaceful with the patter of soft rain. Rainbows crested over rolling hills and elk lay lounging in the green grasses with no care in the world. We saw Bald eagles soaring over head and Osprey hunting for their young while their nests lay just a few feet from the roadsides. Life was good.

We finally reached The Grand Tetons! Just imagine emerging from a gully of rock and water into a huge valley where these giants stood before you capped with snow. The sun’s light peaked through the spreading clouds and illuminated them like a beacon in the night. A cold chill nipped your nose and begged you to bundle closer into your seasoned jacket but you couldn’t dare look away. So fantastic. So breathtaking. We stopped for the obligatory photo next to the sign and breathed deep the fresh mountain air.

This was just the beginning.

We finally reached Yellowstone and our campsite. We quickly pitched our tents and relaxed. The week was spent driving around, exploring and picking all the good spots to take my sister SpiritWolfen and her husband lionrunestudios to who where due to arrive that weekend. They have never been so we really wanted to hit up all we could! S’mores fixin’s. Check. Coffee. Check. Pancake mix. Check. Folding chairs. Check. Firewood. Check. Lets get this camping party started!

While we where preparing for the arrival of my sister and brother in law my husband was still fighting off this cold. It never got better. In fact it got worse. We where camping outside and the entire time it rained and even snowed one night so that obviously wasn’t ideal for recovering. We ended up taking him to the clinic and got some antibiotics ( luckily he didn’t have to take them ). After 2 days he was starting to feel a bit better. We did our best to “relax” and take it easy to ensure that allotted time to get better.

So literally a day afterwards my throat started getting scratchy. Awesome. I had been downing vitamin C and Emergen-C for at least 3 days when he got sick. No go. Not only did I get sick but I got the mutated version to the point where I couldn’t keep anything down for 2 days. So not fun when you’re camping. I kept myself hydrated throughout the entire ordeal and luckily after those two days I was able to down at least applesauce and gradually work myself to solids again. Phew. I was really concerned the mutation I received would ruin the trip or send me into the clinic for fluids. Yay for will and strength to get better when all odds are against you!

The Show Must Go On

Explore All The Things

Drained but excited we pressed on! Throughout the last week we took my sister and my brother in law all over. We saw all the fantastic sights and geysers we could! Old Faithful. Prismatic pools. Fumaroles and more! Though rain fell most of the time there where a few breaks in the weather that allowed us to really enjoy the day. It was warm and comforting but accompanied by the sweet scent of wet pine.

We pulled over to all the hot spot look outs, we soaked up the rain and we hung over cliff faces to take photos of a rare flower growing only in the mountains at Dunraven pass!

We visited the Grizzly & Wolf Discovery Center in west Yellowstone. I love this place. You really get a good up close and personal view of all the animals they have there. Especially the wolves. It of course was raining and at one point it was hailing. The poor wolves sought shelter in the most adorable places. Even one who ducked under a tree hoping to stop the pinging against her coat. Enjoy the pictures below of the Grizzly & Wolf Center!

“Of all the paths you take in life, make sure a few of them are dirt”

Wow what a list we have! This year yielded a great deal of animals. Below is the recordings of all that we saw. It’s never seizes to amaze me just how beautiful these animals are in the wild.

Obviously one of my main goals when going to Yellowstone is seeing the wild wolves. There are several packs that still exist and one of the more popular one, Lamar Valley Pack, is in Lamar. I really wish I could have been around to see the Druids but alas, time is cruel.

We spent 2 weeks in Yellowstone and going in and out of Lamar and the popular wolf places there where no wolves to be seen. I was really concerned because I wanted to see at least one while I was there. More so, I wanted my sister and brother in law to see one.

Friday was our last day and we decided to go to Lamar. We found the perfect spot to settle which was near the pack’s densite. They believe the Alpha female gave birth April 27th so we where hoping a small chance would arise where we could see them. A few days prior we heard them howl far in the distance at this spot so we figured we’d give our luck a go.

We just finished our lunch and where observing a juvenile golden eagle perched on a snag near a bison. I decided to pull away and randomly scan the horizon. There on the ridge I saw something large and black running just below a herd of bison. I quickly lept to the car and my husband grabbed the bino’s ( binoculars ). We confirmed. It was a wolf!! My heart was racing. Admittedly I get way to excited and ran with ferocious ( yet careful ) speed to the best spot we could reach for a good look out. There it was. What a beauty. I turned away for a moment to find myself literally surrounded by dozens of people. Where did they all come from!? I looked back and admired.

It forged the river and then began to run through the open valley up to the hillside. The Bison where alert but suprisingly couldn’t care less to it’s presence. They drew their tails up in ‘alarm’ but didn’t really budge. One didn’t even rise from it’s sun bathing. I grabbed my camera and snapped away. It was probably a good 50 yards out so it was tough to take really good pictures via my camera, but the experience will stay with me forever.

We saw a wolf. On the last day. The last few moments we were going to be there. This beautiful collared wolf ( who we think is M829 of Lamar ) arrives. So humbled and so breathtaking to see these beautiful creatures in the wild. Their movements are fluid and flawless. Their curious nature was tentative but alert.

A Glimpse Of Wilderness

I may / may not upload some of these to DeviantArt but I figured I would share some of the photos I took! More to come! ( I have 3k to go through! ). I am feeling really inspired by my trip so expect a lot of awesome drawings and art to come! Sorry for the watermarks! 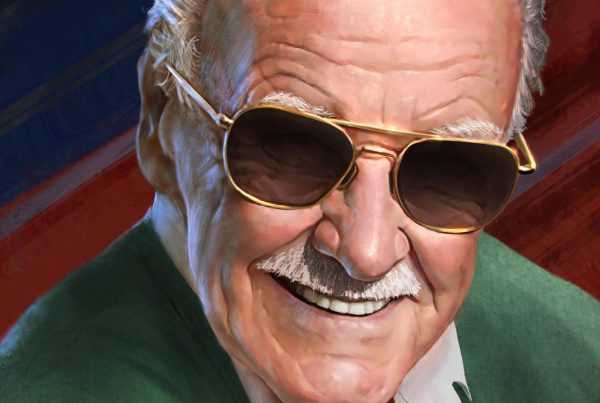 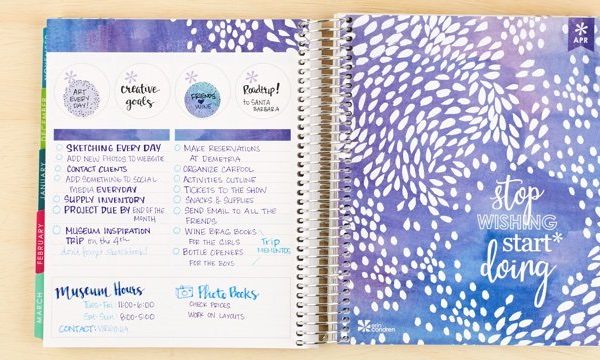 Planning As An Artist

This site uses Akismet to reduce spam. Learn how your comment data is processed.